Published on 15 Febbraio 2019 by Comicart.tips

Welcome to #72 of the Original Comic Art Tips Newsletter!! Some Auction results to start.

Usually comic art with a very high starting price remains unsold on Ebay, the Thor page by Jack Kirby instead went for more than $5,000. The Spider-Man DPS by Rick Leonardi went for $1,500, the Marie Severin original Namor art for almost $800, the Daredevil art by Carmine Infantino for $550, the Flash/Green Lantern page by Don Heck for $450, the Teen Titans page by George Perez for $550.

Prices for Don Newton Batman pages are dropping quickly, the best of the stack is probably gone, but some months ago a page like this would go for more than $300.

The Batman daily strip by Joe Giella went for $2,000, a Gil Kane unpublished and faded Wonder Woman Cover for $1,100, the return of a Cisco Kid strip by Salinas was welcomed with the usual $1,600, the Mac Raboy Flash Gordon Sunday was sold for $1,500 and a nice Dick Tracy daily for $1,800.

A 1974 Power Man page by Tuska for less than $300 is pretty good, as is a Dr. Strange color original art by Frank Brunner. Not the best Marvel Comics cover ever, but paying $300 for Avengers original art by Tom Raney is not bad. I thought a Rusty Riley Sunday would go for more than $700, this On Stage Sunday art went for 50% of its value at $650.

Seems like this auction went really, really well, a very high percentage of pieces were sold, even if most items went for the starting price, making it more an art sale than an auction. The most important piece, the Corto Maltese original art by Hugo Pratt ended at €21,000 after a bidding war, also the two Pratt watercolours were sold for big money. Many good deals were made by happy collectors for items with low starting price. 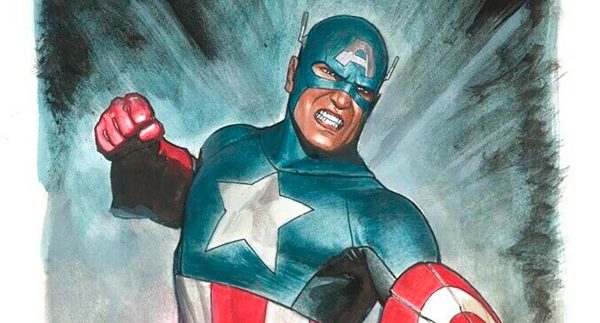 A great week on ebay, I had to edit some nice pieces out! Let’s see.

Strips: this seller has many nice Tiger dailies and sundays like this one, a Bringing Up Father daily, B.C. Sunday and a Dennis the Menace 1975 panel.

Here we are with the 3rd part of our Heritage Comic Art Auction overview (click here for the first and here for the second). Remember that the lots will go live starting from next Thursday.

Bernie Wrightson has a classic DC horror page, then the original art for the title splash of Kamandi #28 by Kirby and a great Demon sketch, a beautiful painted cover from Books of Magic by Kaluta and a very nice full figure Wonder Woman commission by Darwyn Cooke.

Avengers and Fantastic Four comic art by George Perez, Cap Vs. Deathlok by Mike Zeck, the splash from Moon Knight #9 by Sienkiewicz, a 1980’s Phoenix color commission original by Frank Miller and a nice X-Factor page by Walt Simonson.

Three post-2000 cosmic covers by Starlin/Milgrom, this is the best one. Venom trading card original art by Erik Larsen and a Wolverine action page by Andy Kubert.

Having seen the results made by Alan Davis drawn Excalibur pages in last September to November Sunday Auctions they are moved now to the big auction, we have a cover and several interior pages (see the Comic Art Tips archives for old results).

A 2 page spread by Angel Medina and a Baba Yaga page from Hellboy by Mike Mignola.

Strips: a 1936 Terry and the Pirates daily, a Rip daily by Alex Raymond, a Tarzan page by Russ Manning, look at this incredible Right Around Home color Sunday and at this exceptionally well drawn Sunday original art from The Gumps. Dan De Carlo sexy jokes from the 50’s always go for big money. 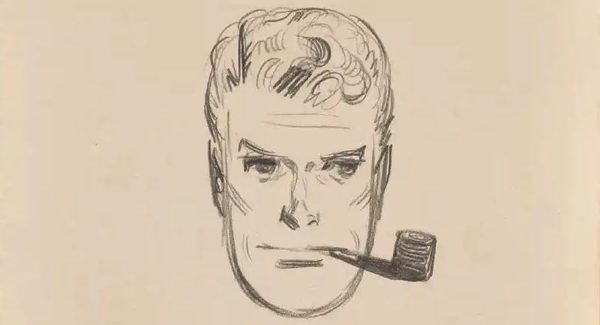 Inside a bigger Pop Culture auction with props, pictures and celebrity autographs there’s a small original comic art section with some nice pieces.

The most interesting one is a sketchbook they’re sadly cutting and selling as separate pages, containing quick sketches done by many classic cartoonists in 1950. Some of these artists are pretty rare to find.

For example I’ve never sketches done for fans by Charlie Biro, Bela Zaboly and Jay Irving. Hal Foster often sent original panels cut from Prince Valiant sundays to fans, so quick pieces are rare. Scribbly original art by Sheldon Mayer is very rare to find for sale, these Alex Raymond and Rube Goldberg sketches are very quick (I’d probably also question their originality if seen on ebay… taken out of this sketchbook and auction) but still very interesting for the artist names. Milton Caniff and Russell Patterson sketches are more common but always beautiful to look at.

There are also some published pieces, the better one is this very rare illustration by Gus Dirks, look also at this Beetle Bailey strip from 1972.

See you next week with Original Comic Art Tips!!