Here we are with #77 of Original Comic Art Tips! Last week everybody clicked on the Dennis the Menace panel that was sold for $1,3k due to Dennis’ mom in a swimsuit… but the link was broken! So here it is again.

Happy collectors bought the Batman illustration by Erik Larsen for $300 and a nice Venom page by Ron Lim for $450.

Heritage Sunday: the Frank Cho Jungle Girl art went for $2,000, the Paris Cullins Wonder Woman cover went for $4,500, the Teen Titans page by George Perez for $1,700. The Fantastic 4 page by Alan Davis went for only $400 and the Wolverine half-splash by Ramos for $300.

Not many pieces this week, but a few are very, very interesting. Let’s see. Look at this great Heck/Cockrum page from Avengers #108, Dave Cockrum again with a Wolverine/Nightcrawler page from Uncanny X-Men #153, 90’s Spiderman, 70’s Spiderman Vs. Vulture and Avengers #88 by Sal Buscema.

Strips: a Roy Crane daily, a Blowtop Dick Tracy daily, a Wizard of ID Sunday and a fake (very bad) Calvin and Hobbes daily is getting bids…

The return of John Buscema. After some months of partial absence from the Sunday Auction he’s back with an Avengers page, a Thor fight page, Conan and Conan 2 comic art. Sal has a Defenders splash, Ron Frenz a Thor page, Paul Gulacy a classic Master of Kung-Fu page and Gene Colan a great Dracula pinup used for a Back Issue cover.

A Kirby style Avengers pinup by Steve Rude, an Avengers page by John Cassaday, a Wolverine/Namor double page by Humberto Ramos, an Avengers splash by Billy Tan and an incredible George Perez illustration from Avengers/JLA.

Three pieces from DC: Batman by Jim Aparo, Azrael by Quesada/Nowlan and Batman by Rick Leonardi.

Two very nice Preacher pages, one from #19 and one from #40. Two Warlord pages by Mike Grell (one, two), a painted Hellblazer cover by Simon Bisley, Charlie Adlard original art from Walking Dead #12 and an early Peter Bagge Buddy Bradley page. 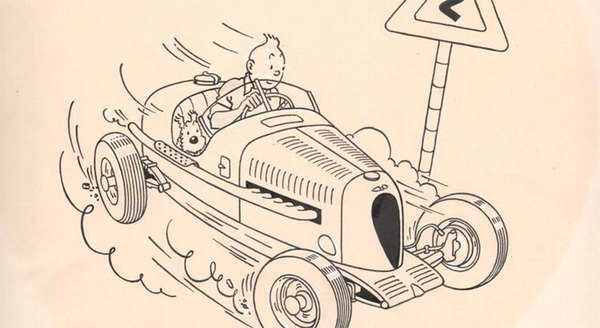 High end pieces of comic art drawn by all the greatest artists at Millon. A Tintin illustration and a color sketch by Hergé, a color piece by Manara, a double page by Shuiten, a Vance double page from XIII, a Largo Winch page by Franq and dozens of other great lots to see.

Only a piece worth mentioning, the original cover art to Tales from the Crypt #45 by Jack Davis! 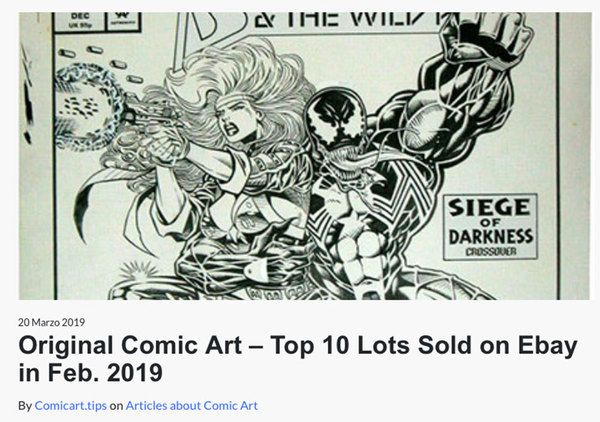 I made a blog post for the ten highest prices reached on Ebay last month, you can read it here. Let me know what you think and see you next week!!