Published on 25 Ottobre 2018 by Comicart.tips

A great week, with a lot of auctions and great new art for sale means a longer than usual Original Comic Art Tips newsletter… but let’s see what happened last week with some auction results:

Somebody is happy with his Spiderman page by John Byrne paid $425 and somebody is even happier with his Andy Kubert X-Men page paid $400.

The Superboy Original Art by Mike Grell went for $1,800, the Superman page by Garcia Lopez for $1,100 and the DC Challenge page by Gil Kane was a good purchase at $300.

Heritage Sunday: The John Buscema Avengers page went for $2,500, faces inked by Neal Adams took this Conan page to $3,800! The Thing page went for $580, it’s worth the price just for that great final panel. As I told you Excalibur pages by Alan Davis are going up quickly lately. The Bob Layton Iron-Man cover recreation went for only $380, the Hulk page by Todd McFarlane made $4,300. The very late Terry and the Pirates daily by Milt Caniff was sold for $4,300, the early Broom Hilda Sunday went for more than usual, but still low. 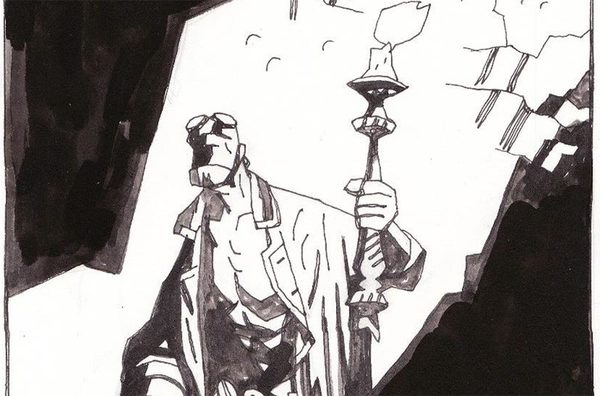 Let’s start with a bang, a Thor original art page by Jack Kirby. Then a Spiderman page by Todd McFarlane, the page is not that exciting for that price, you could try with a lower offer. A Thor page by Walt Simonson, Captain America and Spiderman by Sal Buscema and a Master of Kung Fu by Gene Day. Look, a Death of Captain Marvel page by Jim Starlin.

A Jim Lee Wolverine sketch done in Mantova 2006 Con. I was there that day, Jim sketched 4 hours for a crowd, I think he did at least 100 free sketches. I walked away very happy with my Punisher.

An unused Cap/Wolvie page by John Romita Jr., it’s rare to see a Jr Jr page still in pencil form. Then, again by Jr Jr an AVX page with many character cameos and an angry Colossus. Stephen Platt art is rare to find, so even a J. Jonah Jameson page from Cable is worth a look.

DC: we start again with Jack Kirby, a Darkseid page from Super Powers. Then a Batman page by Don Newton, a page from Batman #600 by Scott McDaniel, Batman by Howard Porter, a nice Batman page by Dick Giordano and, if you don’t consider the lower half of the page, you could buy a DC Trinity illustration by Giordano for cheap. This Ron Garney full team JLA page is one to watch if the offers don’t come. Don’t forget the usual 2 page lot of Flash art by Don Heck.

A published Hellboy illustration by Mike Mignola. A very nice piece of art. It’s small at 15×21 cm (5,5×9 in), but with Mignola prices skyrocketing you can bet it will cost more in a few years.

Somebody is selling his collection of Bruce Timm pinups of naked girls. Here’s the best one, but there are a lot. Speaking of Timm there’s also a Conan page. This one looks real, a Space Ghost sketch by Alex Toth and Bill Sienkiewicz..! The cover art to Scion #23 by Jim Cheung, a nice Next Men page by John Byrne, a Joe Kubert Green Berets daily and a Big George Sunday by Vip.

This week we start with a group of Alex Toth originals. First is a perfect display piece for a Toth fan, a Sunday with full art, lettering and logo by him. Then a sword & sorcery illustration from 1976, drawn in a similar style to the Conan portfolio published in SSoC #64 (1981). Maybe it was intended for an earlier issue?. Third is a Secret Hearts title splash drawn and lettered by A.T. with Colletta inks, be aware of some condition issues. Last is a page from Hot Wheels #1, inked by Giordano. I had a page from the same issue, being blue penciled you could see all the corrections and the hand drawn lettering under the finished inks.

DC: A nice Dick Dillin JLA page and one from 1990 by a young Adam Hughes, Don Heck on Aquaman, A Flash cover by Carlos Pacheco, a full figure Batman sketch by Bernie Wrightson and a perfect Superman page by Curt Swan with Clark changing into Superman.

Strips: A Terry strip with Burma by Milton Caniff, an Alley Oop 1946 daily, a great but, sadly incomplete Ben Bolt Sunday, the second Broom Hilda 1970 Sunday and our usual On Stage Sunday.

A different Cochran auction this month, with some nice superhero pieces and the usual comic strips. Two Steve Ditko pages, very nice and (for now) very cheap. A Swan/Anderson Superman title splash and a semi-splash by Swan and Al Williamson. Superman, Wonder Woman and Flash in this daily by George Tuska, Conan and Red Sonja in this daily by Ernie Chan.

A rare Bloom County daily by Berke Breathed, a Beetle Bailey Sunday and a Broom Hilda daily. The auction is ending in 6 hours, keep an eye on the prices, if they stay low.

Catawiki has a special auction with original art drawn by Magnus. If you’re not familiar with one of the best Italian Artists go take a look. I’ll link the best piece and you can start from there. 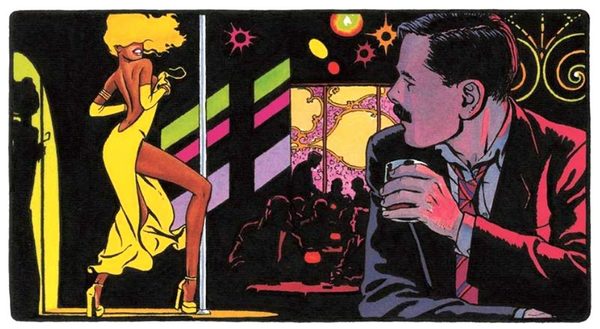 A quick look also at next week’s Urania auction, to be held on the first day of Lucca Comics. I’ll leave the beautiful Pinocchio original art section and the many Disney comics original art for you to discover and highlight the international pieces.

A classic Tulum page by Milo Manara, some classic jam illustrations by Andrea Pazienza and Tanino Liberatore, a Ranxerox painting by Liberatore, a Serpieri Druuna sketch and a beautiful illustration by Giardino.

A 1987 Elektra pinup by Sienkiewicz, a classic Wolverine splash by Gene Colan, a Sin City splash by Frank Miller and a Gatchaman cover by Alex Ross.

See you Next Week, we’ll start to look into the next ComicLink and Heritage Auction lots!