Published on 19 Ottobre 2017 by Comicart.tips

Welcome to the third Original Comic Art Tips Newsletter, the big news of last week was the record price set for an Asterix original cover, Drouot sold two pieces for a total of 2.6 million Euros with an estimated price of 200.000 Euros. It was only a matter of time before the prices for one of the best comics ever produced reached this level.

Let’s look at last week results: as predicted John Buscema’s Daredevil page went for an affordable $665 and Alan Davis’ Excalibur went for a respectable $1.493. The Witchblade page by Michael Turner sold for $826, that means MT’s originals are so sought after that even his less appealing artwork is going up in price…

This week on eBay. 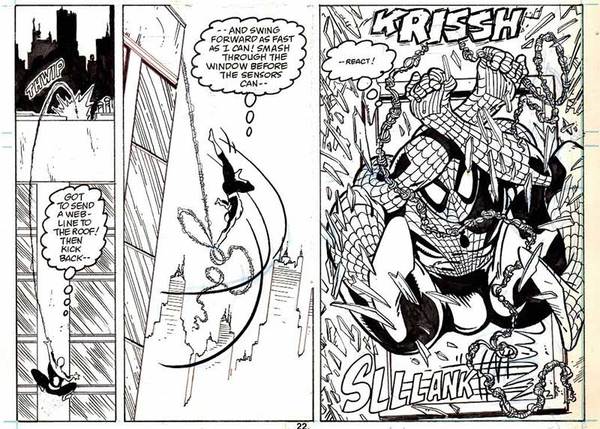 Many of John Romita Sr‘s fans only consider his Spiderman interior artwork but I often flip through his Captain America run, a page with The Falcon was put on sale a couple days ago for a fair price.

Beware of this dude selling a “well done” Bill Watterson FAKE drawing. A good tip to evaluate if an original is real or a forgery on eBay is to go look at his other auctions, they often sell names too big to be real, this one is trying to sell us a Kandinsky….

It is very hard to choose a few highlights from a Ha Signature Auction, this week I looked at the first half of the catalog, tune in next week for the second half.

There are several lots from Barry Windsor-Smith, I will only show you this page from Weapon X!

In the Classic Comic Strip market, I often prefer a nice and rare specialty drawing to a regular daily strip. I’d buy this jam Christmas drawing by some of the best Disney artists ever…

For the usual 90’s fans out there a rare PITT page by Dale Keown.

Great selection of Frank Miller Original Art, this Dark Knight Returns interior page must be on the Watch List of a lot of people. 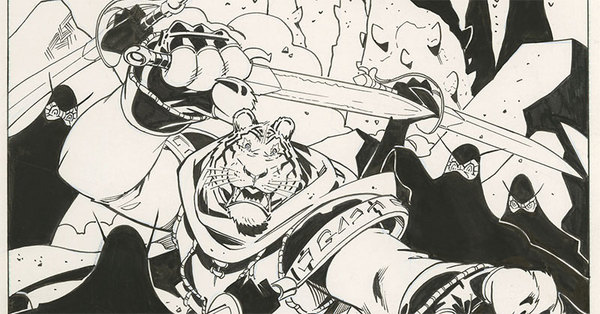 A rare Joe Madureira X-Men page on Comic Link right now, an even rarer Tellos cover by Mike Wieringo and not much else to note.

See you next week for the usual must watches and the second half of Heritage’s auction Original Art section!