Byrne, Perez, Buscema, Cho and many others in this week’s Original Comic Art Tips Newsletter!

HA Sunday: last week Heritage put for sale many great pieces, and the results followed. The Iron-Man Vs. Namor page by Tuska and Everett ended at $2.800. Vintage Byrne pieces always get lots of bids, this not-so-vintage (1991) Phoenix commission went for $1.400. A Batman page with  the last appearance of the original Teen Titans from 1979 by Jim Aparo made $2.500 and a Wayne Boring Superman page without Superman $1.500. The Beautiful Snuffy Smith Sunday by Billy DeBeck deserves its $2.600 and a Tarzan daily by Dan Barry made $1.700. 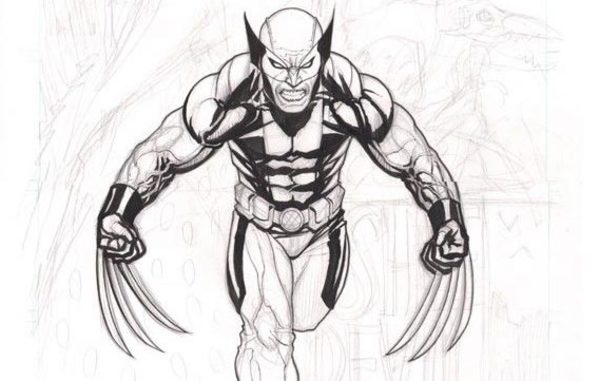 A slow week on Ebay. There’s a nice, detailed, pricey preliminary for the cover of Savage Wolverine #4 by Frank Cho, an X-Men page by Terry Dodson, another Rich Buckler Fantastic Four page with many heroes and a Punisher page by Jorge Zaffino. DC: we have a Dark knight commission by Gary Frank, a Batman and Robin color piece by Sheldon Moldoff and a very nice Batgirl commission by George Perez. The only Strip Original Art for this week is a Green Berets daily by Joe Kubert. 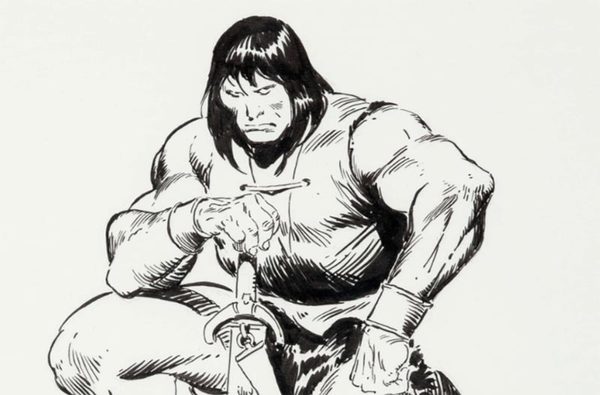 The usual Neal Adams/John Buscema Star Trek page, speaking of John Buscema there’s a full figure Conan Illustration that has changed hands many times lately but is really great. It seems that HA received a big pile of Jim Aparo pages, this week we have 3, here’s the best one. A John Byrne original from Avengers #183 with Hawkeye vs. the Absorbing Man and another Terry Dodson X-Men page (better than the one on Ebay). A rare quiet page by Dale Keown with Bruce Banner, Namor and Doctor Strange talking. Two Superman pieces, one by Gil Kane and one by Curt Swan and Murphy Anderson, a great page with Supes opening the fortress of solitude with the giant key. Strips: a Pogo Daily by Walt Kelly and a Casey Ruggles Sunday by Warren Tufts.

Comic Link‘s monthly Original Comic Art auction will end on April 6, this week we’ll see the best pieces from the first half of the listings, and next week, as a final reminder, we’ll look into the second half. We start with Andy Kubert, four Captain America splashes (I like this one) and a Cable page from X-men #14. I don’t have to tell you that Andy’s X pages are growing in price every day, right? Another Cable page, this is by Ian Churchill (fast growing too) and a Wolverine detailed sketch by Jim Lee. The usual nice Infinity Crusade page by Ron Lim, an Avengers full team splash by Mark Bagley and a very, very rare Spiderman splash by Giuseppe Camuncoli. A beautiful Batman DPS by Shawn Crystal and a full figure Death sketch by Adam Hughes.

See you next Wednesday for another issue of Comic Art Tips!