Published on 3 Aprile 2020 by Comicart.tips

eBay: after a few months the Batman commission by John Byrne was sold for $3,5k, the Namor page went for $750. An Hellboy page by Mike Mignola went for $1,900, Doomsday Clock original art by Gary Frank for $1,1k, the Micronauts page by Steve Ditko for $1,1k.

Heritage Weekly: Antonio Prohias’ original art for Spy Vs Spy always goes for surprising prices, this time he’s the winner with $6,6k. The Legion page by Jim Shooter went for $3,3k, Legion by Keith Giffen for $2,8k. Prices for modern Garfield strips go up and down based on how funny is the gag, this one went for $1k.

The Spidey/Venom DPS by Ryan Stegman went for $550, probably sold for much more by the artist. A nice Cyberforce page by David Finch went for only $400, an Avengers page by Ron Wilson for $200.

Profiles In History: The Alex Raymond strips both went for the lower estimate, $400k for Flash Gordon and $75k for Jungle Jim. Still not bad.

Then Jim Lee will draw 60 daily pinups to sell on eBay, here are the first two: Nightwing and Bizarro.

Superman pages by Gary Frank one and two, nice Wonder Woman by Don Heck, a Twilight page by Garcia Lopez and a Teen Titans cover by Carlo Pagulayan.

An Heroes Reborn Cap page by Rob Liefeld and an X-Force page by Mark Pacella.

Marvel: Gene Colan has a nice Namor Vs Doom page and a Dracula page, A Sgt Fury page by Dick Ayers and 6 pages from an annual with Stan Lee and the Bullpen appearances, a Luke Cage title splash by George Tuska.

I don’t know what Frank Miller did in this nice Sal Buscema Avengers page, Spidey by Jim Mooney, Defenders by Don Perlin, Avengers by Ron Wilson.

Really like this Books of Magic page by John Bolton, Camelot by Brian Bolland, Preacher by Steve Dillon, Warlord by Mike Grell. 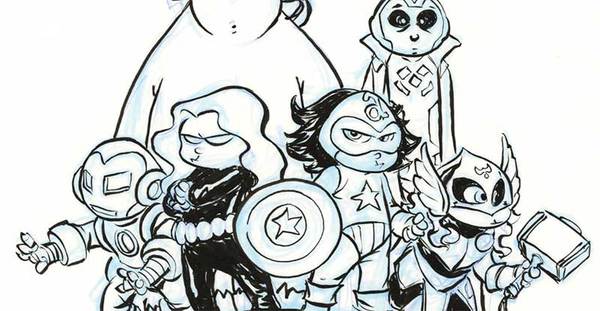 Fathom by Marc Silvestri, a Spidey page by Ryan Stegman, not the best Catwoman pinup drawn by Bruce Timm, The Thing by Ron Wilson, an Avengers cover by Skottie Young. 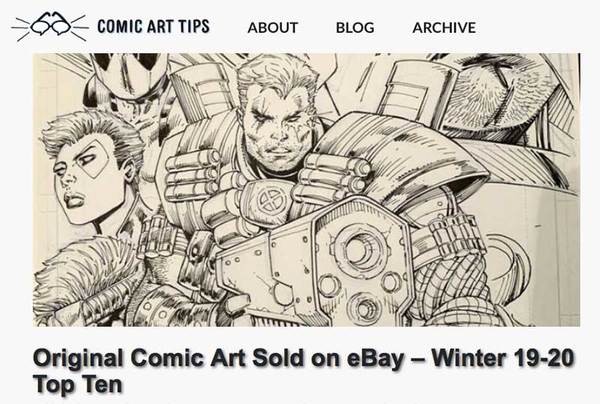 As the title says I made the usual top 10 (or 20) for the highest prices reached by original art sold on eBay in winter. Here it is!