Published on 6 Dicembre 2019 by Comicart.tips

Welcome to #114 of Original Comic Art Tips!! A big update with many auctions, my eyes are aching…

eBay: I’m not surprised that the Spidey/Daredevil page by John Romita Jr. quickly sold last week, what surprises me is taht the seller accepted a $1,050 offer. A good catch.

A classic Venom page by Erik Larsen went even quicker for a $7,500 offer, a vintage Frank Miller sketch went for a $2,800 offer. 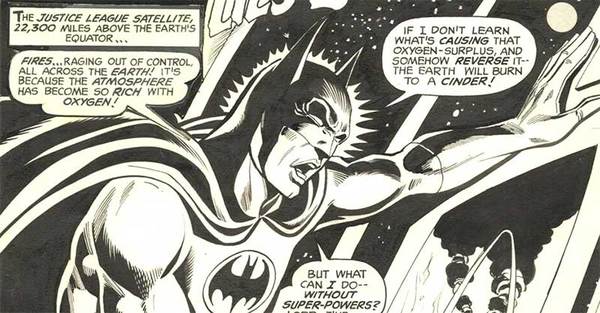 Marvel: a classic Vermin page by Mike Zeck, a Spidey page by Alex Saviuk, a big lot of Howard the Duck pages by Gene Colan from this seller, a Spidey sketch by Romita Sr., a Spidey sketch card by Stan Lee, a Fantastic Four page by John Buscema, an Iron-Man pinup by Bob Layton.

A cover by Mark Bagley, a discounted Galactus by Alan Davis, a Spider Gwen by Greg Land.

A seller is auctioning many beautiful color pinups by Thony Silas: I like this Venom, the DC Trinity and the Avengers.

DC: three nice Dick Dillin pieces, a Batman title splash, a World’s Finest page and a splash. Teen Titans by George Perez, The Atom by John Byrne, a Superman commission by Michael Golden and a 1989 Batman by Adam Hughes.

A Batman/Superman cover by Ed McGuinness, a Wonder Woman splash by Emanuela Lupacchino, Batgirl by Artgerm, Raven by Lucio Parrillo and Bane by David Finch.

Some sketch covers for charity. Dredd by Cliff Robinson and McMahon, a great Walking Dead scene by Charlie Adlard, a Sandman/Jim Morrison by Mark Buckingham.

A Batman/Deathblow page by Lee Bermejo, a Jay Anacleto cover, a color Blacksad by Guarnido, Penny Century original art by Jaime Hernandez and a Soul Saga page by Stephen Platt.

A big auction, with multiple top pieces by classic and modern artists. As usual I’ll only link to the best one.

John Buscema, the splash from Fantastic Four #108, the FF Vs. Galactus by John Byrne, a Cap action page by Sal Buscema, a Thor title splash by Jack Kirby, a Flash title page by Don Heck, a Wildcats splash by Jim Lee, a full Avengers issue by George Perez, a Witchblade cover by Michael Turner.

Batman: Vs. Bane by David Finch, the Dark Knight original art by Frank Miller, Irv Novick, Paul Pope, a Detective #1k cover by Jock, a cover by Jason Fabok, Vs. Superman by Darwyn Cooke, a Catwoman cover by Alex Ross.

Incredibly rare original art by Walt Simonson, a Spidey cover by Kane and Romita and one by Al Milgrom. In September I was surprised that this Spidey splash by Romita Jr. went for only $1,800. They were surprised too as it is for sale again.

So many auctions going this week, and the Sunday auction is the weakest ever, with only the usual pieces from the big lots we find every week. Nothing interesting to see…

Among many pieces, Comiconnect is auctioning a Thor cover by John Buscema, one by Keith Pollard, a Star Wars Sunday by Russ Manning and a Spider-Man cover by J. Scott Campbell.

An incredible auction with dozens of top pieces. The big one is the historic cover to Frankenstein by Bernie Wrightson (go look at the starting price).

Several Spider-Man pages by Steve Ditko and a Doc. Strange.

Many Barry Smith pieces like this Weapon X page.

A Tor DPS by Joe Kubert, an Avengers title splash by John Buscema, and many complete stories:

Thor, complete Eternals #2 and its cover by Jack Kirby, a Fantastic Four issue by John Byrne. I’d like to buy an Iron-Man page by John Romita Jr. but I’ve never seen one for sale, if you want to buy this issue think of me when selling pages, the starting price is great…

Swann is auctioning the above Peanuts strip and many other pieces, mostly classic illustration. As usual I’ll only link to the original comic art pieces and leave the illustration part out.

Some beautifully drawn Charles Addams cartoons, E.A. Poe here, another and a third one.

Many Edward Gorey pieces like this one, a couple Hirshfelds, Peter Arno, Saul Steinberg, some by Russell Patterson (for good prices) and a really funny Charles Saxon.

There are also some 1903 George Herriman Sunday strips drawn in a unrecognizable early style. 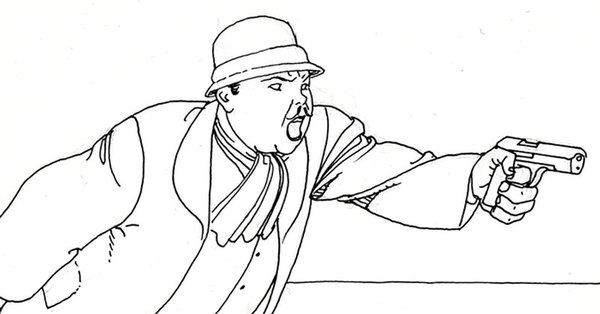 A color Tintin illustration by Hergé, Druuna by Serpieri, a Yakari cover, a pinup by Marini, a nice Gaston sketch by Franquin.

Jean Giraud/Moebius: a Blueberry page and a sketch, a good price on this Incal illustration and an Arzach sketch.

Whew! This time it was hard… 😅 See you next week!!